The Mandatory Disclaimer-- Why do so many Western media articles about Taiwan have to sound the same?

Disclaimer: I am a news junkie when it comes to Taiwan.  I enjoy its political scene (and unique international status), the David vs. Goliath narrative involving China, the security-military dynamic, and of course  the eclectic makeup  of Taiwanese culture that makes Taiwan, well, Taiwan.  I rarely skip an article posted on thinking-taiwan, the diplomat , Taiwan in Perspective , and of course we can't forget my  good friend Michael Turton .  Much of the reading on these sites, however, could be a bit confusing (or even intimidating based on the day) for someone who doesn't have at least a basic understanding of Taiwanese history and/or current events that have transpired throughout Taiwanese society in recent years (or even months).  Normally  however, I make it a point to simply bypass Taiwan-related news stories from  major Western media outlets.


When it comes to reading Taiwan related pieces or stories in major Western media outlets, I often bypass them (when there are even any to read) for two reasons.  The first is time constraints--there only so many hours in a day, and thanks to the internet there are seemingly infinite quality options to choose from that often go into much deeper into a story than you will find from the said outlets. And the second reason should be more troubling to Taiwan supporters, which is the 'cookie cutter' mentality that seems to be increasingly making its way into mainstream media Taiwan related articles. Call it quite simply-lazy journalism.  To prove my point try a quick experiment: Google "Taiwan" and pull an article from any major media publication over the past few years that involves Taiwan and its international status, Taiwan and China relations, or a similar topic of your choice. I can safely assume that the following phrase will show up in your chosen article in some form or another:

"China considers Taiwan a renegade province and considers it to be a part of its territory, and vows to reclaim the island by force if necessary."

While any regular observer of Taiwan will all likelihood glance right over this statement (after you've read it 724 times you hardly realize its there), the troubling part is that for many people who are not regular observers of Taiwan--this sentence could essentially create a false narrative in their way of thinking about Taiwan--and what it is or is not.  And seemingly every  major news story about Taiwan that is covered by Western media has to throw this line in their reporting. Every. Single. Time.   So for the casual reader who was savvy enough to sift through all of the articles covering Malaysian Airlines Flight 370 in March (and into April) to discover that in Taiwan  a student led protest movement had swelled to the point of occupying its countries'  legislative chamber to protest a shadowy trade deal during the same time, they likely would have read some basics of the event, along with the obligatory 'China considers Taiwan.....' disclaimer.  Well that's just peachy that the journalist felt the need to disclose the official position of the Chinese government, but isn't the article supposed to be about Taiwan?

The Chinese position is by no means unimportant; it does affect Taiwan in a variety of ways. But isn't there another side to the story that should be told? After all, wouldn't a reader who is new to the Taiwan dynamic  be left wondering, "Well, why is Taiwan not a part of China now? Why does China have to take it by force? Did Taiwan leave China?"---All perfectly fair questions.  So instead of potentially creating a false perception of Taiwan being a "renegade province" (renegade (adj.)-having treacherously changed allegiance); which could in itself foster negative connotations of Taiwan "breaking away" from its country for reasons unknown, other options are available. Maybe something like this:

"Although China considers Taiwan part of its territory, since its creation in 1949 The People's Republic of China has never governed Taiwan, nor had any jurisdiction over its citizens."

Different eh? Perhaps even such a phrase could leave a reader new to Taiwan with a different initial impression about what China says and what reality actually is. 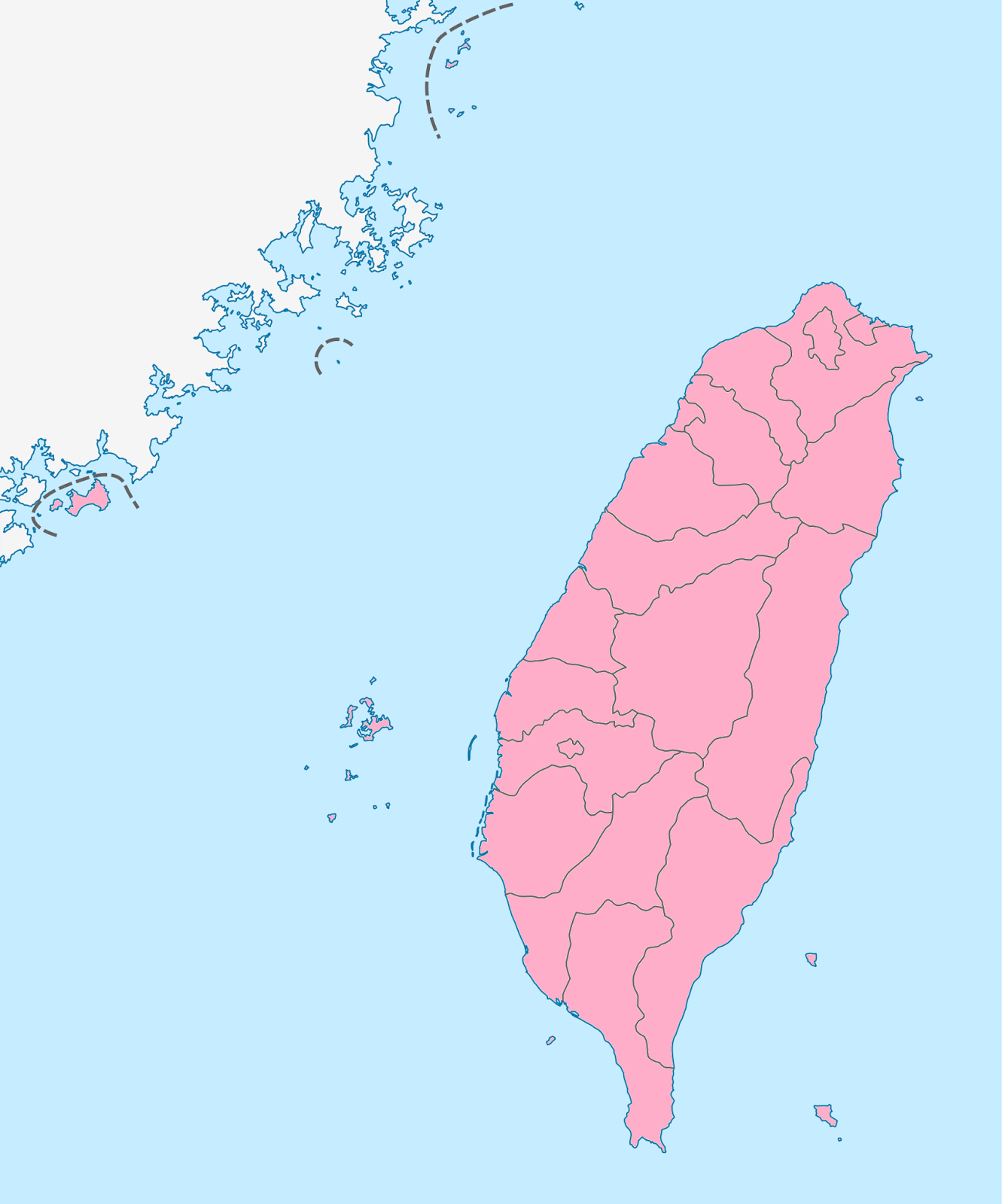 Fellow Ohio native (and suffering Browns fan) Michael Turton and myself teamed up to pen an article  in  the Diplomat to refute Julian Ku's claim that an American-Japanese defense of Taiwan in the case of a Chinese military attack would be against international law.  Mr. Turton and myself decided to use controversial tactics--reason, facts, precedent, and yes international law to make our case.

Julian Ku’s two recent pieces in The Diplomat contending that a PRC invasion of Taiwan would be legal and that the U.S. and Japan both recognize that Taiwan is part of China betray a shocking lack of understanding of U.S. policy on Taiwan and its international status. Ku asserts:
“I get that this is a complicated issue, but I don’t think I am ‘misreading’ historical documents when I write that 1) the U.S. recognizes the PRC as the government of China and that the U.S. accepts that Taiwan is part of China, and 2) Japan recognizes the PRC as the government of China (see the 1972 Joint Communique), and Japan accepts that Taiwan is a part of China. Sure, neither country recognizes that Taiwan is a part of the PRC, but both the U.S. and Japan have made clear that China is a single legal entity that includes Taiwan, and that the PRC is the sole government in charge of this entity.”
Actually, this is not a complex issue; it is a simple issue: the U.S. does not recognize that Taiwan is part of China. Any version of China. Rather, the U.S. position is that the status of Taiwan has yet to be determined. It has been that way for more than six decades.
The article in its entirety can be accessed here.
The initial post that began  the debate is available here, and follow-ups in the debate can be found here, here and here.
Posted by Unknown at 2:41 PM No comments:

Posted by Unknown at 5:41 PM No comments: 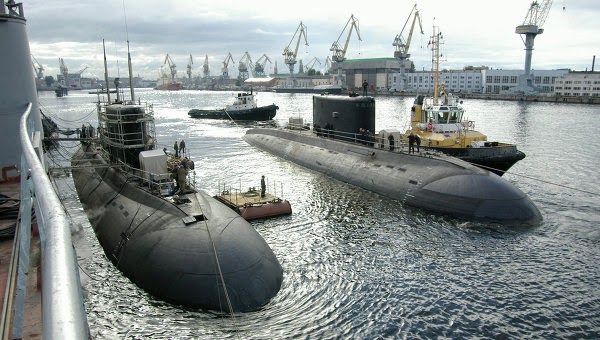 My recent piece for the University of Nottingham's China Policy Institute:

On May 28th at the Admiralty Shipyards in St. Petersburg, Russia, the last of six Kilo-class diesel electric submarines (SSK) purchased by the government of Vietnam, was laid to complete construction.  The vessels, for the People’s Army of Vietnam Navy (VPN) in 2009, are expected to become the capital ships of the PAVN upon their completion and delivery (the third vessel is expected to be delivered to Vietnam in November, with the remaining three expected to be delivered in 2015 and 2016).
Decision makers in Hanoi are certainly not calculating that this platform purchase will give the VPN some level of parity with the China’s People’s Liberation Army Navy (PLAN). It could, however, force China’s hand in showing how far it is willing to escalate its territorial disputes with Vietnam if the territorial disputes are not resolved by the time the vessels enter into active service.
The full article can be accessed at The University of Nottingham's China Policy Institute site here.
Posted by Unknown at 6:17 PM No comments: